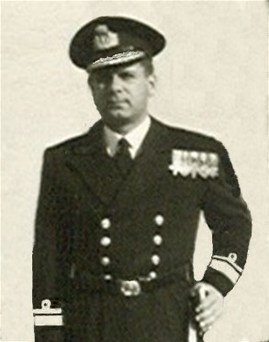 Demetris (Mimis)
Bravely and honorably served his country in war and peace. He  died beloved, respected, and lamented on January 1, 2001.

Demetris was born in Athens, Greece,  in 1924.  He grew up in Chania, Crete,  and in November 1941 he entered the Naval Academy in Alexandria, Egypt .

After his graduation from the Academy he served on a destroyer  participating in the operations in the Mediterranean including the landing in south France.  He also participated in the naval operations during the Greek Civil War (1946-1949).
He commanded six surface ships and four submarines and served as the Naval Commander of the North Aegean Sea.

In 1967, a few months after the Colonels’ coup d'état he was retired as a captain.  In 1970,  he was blacklisted by the colonels, like his  brother Christos, for co-signing in a Swiss newspaper a declaration advocating the return to Democracy and the parliamentary system. In 1974, after the collapse of the Junta, he was recalled and promoted to Rear Admiral.

In the period of 1985-1989  he served in the Directorate of Veterans Affairs for the repatriation of victims of the civil war—thus being instrumental in putting an end to that lingering, shameful, sad, and divisive legacy of the civil war (1946-1949) that had pitted Greek against Greek, father against son, brother against brother (and sister against sister). 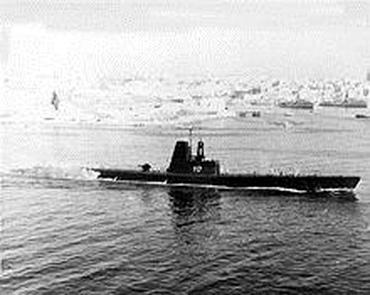 ﻿﻿Dashing, charismatic, and dynamic leader of men is how I would describe Mimis.

He was an audiophile with the latest, state-of-the-art, sound and recording equipment and a guns-and-hunting enthusiast with many hunting trophies to his name.

I still remember that day in July 1958 when Mimis, in his white summer uniform, came with a navy jeep to pick me up for a “private” tour of AMFITRITI, the “new” submarine he had just brought from America.

AMFITRITI, named after  the goddess-queen of the sea, wife of Poseidon, and eldest of the fifty Nereides in Greek mythology, was a decommissioned WW II U.S. Navy sub [USS Jack (ss-259)] which after a year’s overhauling and crew training under Mimis’  captainship at New London, CT, USA, looked like a brand new hotshot war machine.

And before I knew it, there I was on the bridge of AMFITRITI feeling like the master of the universe, especially when Mimis took off his "scrambled egg" cap and put it on my head! Rest in peace dear cousin.﻿﻿