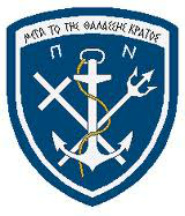 The motto is an excerpt from Thucydides' account of Pericles' oration on the eve of the Peloponnesian War.   It is roughly translated as: "Great is the country that controls the sea".

The cross symbolizing Christian Orthodoxy, and the trident symbolizing Poseidon, the mighty god of the sea in the Greek mythology. 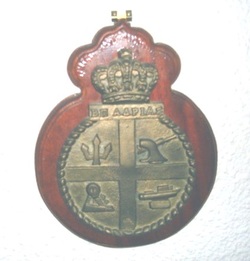 One of the many naval treasures hanging in Christos' home office.
Note the crown, at that time the Greek Navy was known as HRN. That is, Hellenic Royal Navy. 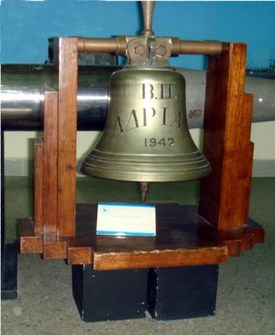 The sea is a basic element of the Hel­lenic history and tradition. Water has played a decisive role in the de­velopment and growth of the Hellenic civilization, renowned for its world­wide influence. 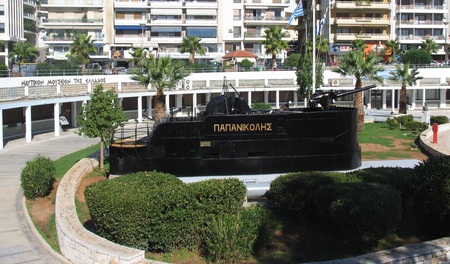 HMM, Hellenic Maritime Museum. The sail of the sub Papanikolis

It is not by chance, that Greek ship own­ers hold the first place worldwide in the global shipping industry. It is based on a 10,000 year maritime tradition.