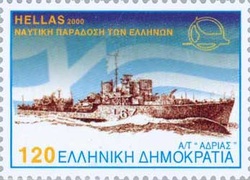 After the liberation, ADRIAS with her bows temporarily repaired arrived in Greece with the rest of the Hellenic Fleet. The ship was never fully repaired due to the end of the war in the Mediterranean. She was returned to the British Royal Navy and was broken up in November 1945.

In October 1945, Captain Toumbas was instrumental in setting up a memorial plaque at the Salamis Greek Naval Base to commemorate HURWORTH and her men. The memorial inscription reads: 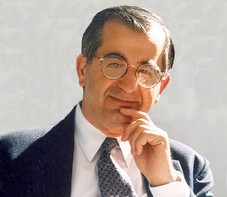 George
Every generation has its great men and women, some call them heroes. They are individuals who, for whatever reason, feel compelled to push the envelope to achieve what others might see as impossible or not worth the effort. I believe my cousins were two of these men. 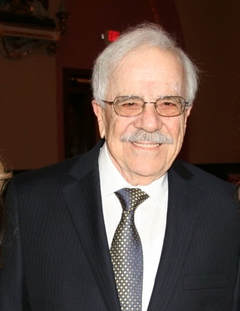 Nikos
As a tribute to my two beloved brothers, I helped my "little" [1] cousin George to put their stories on paper, although he has had no prior naval experience. Moreover, I realized what a monumental task would have been trying to decipher my brothers' hand-written letters and war logs and then translate them to English.
Thus, I spent many pleasant hours on the phone "tutoring" him about WW II since I had lived through it, as member of the resistance group X, and later I served  three years in the Navy cleaning the Mediterranean from the German mines! I also knew something about military life; my father was a Colonel in the Army.
I, too, was planning on a naval career but with two brothers already in the Navy I thought my talents would be put to better use in the Insurance business in America. I was not wrong.

Amendment: I am deeply saddened to report Nick's passing on June 23, 2018, in Troy, Michigan.